Fraser Allen Estate Management which celebrates five years in business this year now manages blocks of flats in Bristol, Bath, Wiltshire, Stroud, Cheltenham and London – and now has 30 blocks on its books.

Founder and managing director, Jodie said: “I am really proud of what has been achieved with the business in such a short space of time. The business is growing and it’s now time to bring in full-time staff to support me and allow a team to provide excellent service to our clients and residents.”

The two new staff members are Alice Baker (27) from Cheltenham and Carol Gaston (58) from Lanwern, Wales. Alice will be employed as Property Services Manager, whilst Carol will be taking on the role of Property Coordinator dealing with Fraser Allen’s initial maintenance enquiries over the telephone, raising work orders and following through to pay invoices. The team will work on a hybrid model, both from an office and working from home.

For the past 25 years, Carol worked in the beauty industry, firstly for other salons and then she took the plunge and opened her own salon with a business partner. They went on to open another salon three years later and then a further two salons after that. She’s now taking on the challenge of supporting Fraser Allen Estate Management.

“Carol is capable of dealing with all our company secretarial duties and, after years of running her own business, she is excellent on the telephone,” explained Jodie. “She just has a really great way with people and that’s what my business is all about. I know she will be a great asset.”

Carol, who has been married to Stuart for 16 years and has a daughter, Paige (30), confessed that she is never one to do nothing, so during the pandemic she worked with the ambulance service as part of their Covid-response team.

“My new role is a work in progress,” explained Carol. “It will need time to establish and develop and I can’t wait to get my teeth into it. Basically, I’m a problem-solver and very level-headed and I believe that every company – large or small – needs one of those!”

Alice, who previously worked as a qualified beauty therapist in five-star spas across Gloucestershire, performed treatments on celebrities and managed small teams of people. She has mentored students at the college where she herself once trained and undertook a BTEC in Training and Education. Since she was 19, Alice has been in management and has been able to utilise her many skills to move into the serviced office industry over two years ago.

Despite having found out as a teenager that she was dyslexic, Alice has developed lots of coping strategies along her career path and this common learning difficulty has not held her back in anything she has wanted to do. In fact, it has often been an advantage as being dyslexic has given Alice the ability to think outside the box! Alice is also a keen fundraiser, raising money for the Sue Ryder charity in memory of her grandfather, who was looked after at their local hospice.

“I am absolutely delighted with our new team members, Carol and Alice,” said Jodie. They have both brought new energy to the company as we grow. I would love to expand the business even further into Bath, Swindon and along the M5 corridor to Worcester and maybe even to the Birmingham/Shropshire areas. I can’t wait to see where the future takes us as a team.”

Jodie and the company have already won several industry awards, and have recently been named as finalists in three categories of The News on the Block Awards 2021. Fraser Allen Estate Management is a finalist in the Property Management Company of the Year category and in the new category for 2021 the Pandemic Response Award. Jodie is a finalist in the Regional Property Manager of the Year Award.

The winners will be announced at a prestigious awards ceremony next week (November 30).

Digital transformation for SMEs: The benefits of CDPs

Supply chain crisis: How SMEs can weather the storm

Ten easy tips to get relief from hayfever this summer

Expert comment: How the Pandemic Hit our Well-being and Productivity 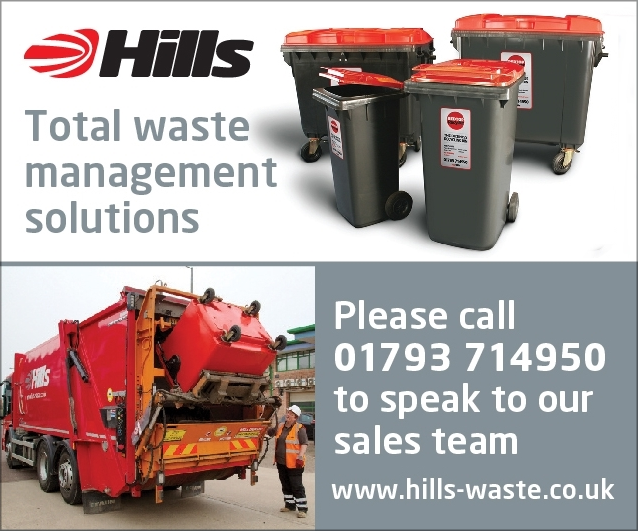 How Cycle to Work Schemes Can Cut SME’s Carbon Footprint by 20,000%