To mark the fifth anniversary of his historic journey to space, British astronaut Tim Peake asks people to share their stories of how his mission inspired them.

At 11.03am on 15 December 2015, Tim Peake ascended into the sky on a Soyuz rocket and became the first Briton ever to live aboard the International Space Station (ISS). Tim’s mission, Principia, helped inspire a generation of schoolchildren to discover the opportunities offered by science, technology, engineering and maths (STEM) subjects.

During the 6-month mission, the UK Space Agency worked with Tim on more than 30 outreach projects with a range of partners, including experiments to grow salad from seeds in space, create imaginative films inspired by spaceflight and exercise like an astronaut. Over 2 million students took part in the outreach programme with 1 in 3 UK schools taking part.

This new campaign, organised by the UK Space Agency and Tim Peake, will run from 10 December until 31 January 2021. It aims to uncover stories from people like Lowena Hull, 18, who is studying science at university after she designed code for an MP3 player which Tim then used on the ISS; or Michael Woodward who after following Tim’s mission now works at Goonhilly Earth Station in Cornwall, where he maintains antennas used to talk to the ISS. One lucky participant will get the chance to win a group video call with Tim himself.

Tim Peake, British ESA astronaut, said: I am excited to hear how my mission encouraged people to explore a future in STEM. When I was younger, I was inspired by scientists, explorers and aviators; they all helped me to pursue my dreams. 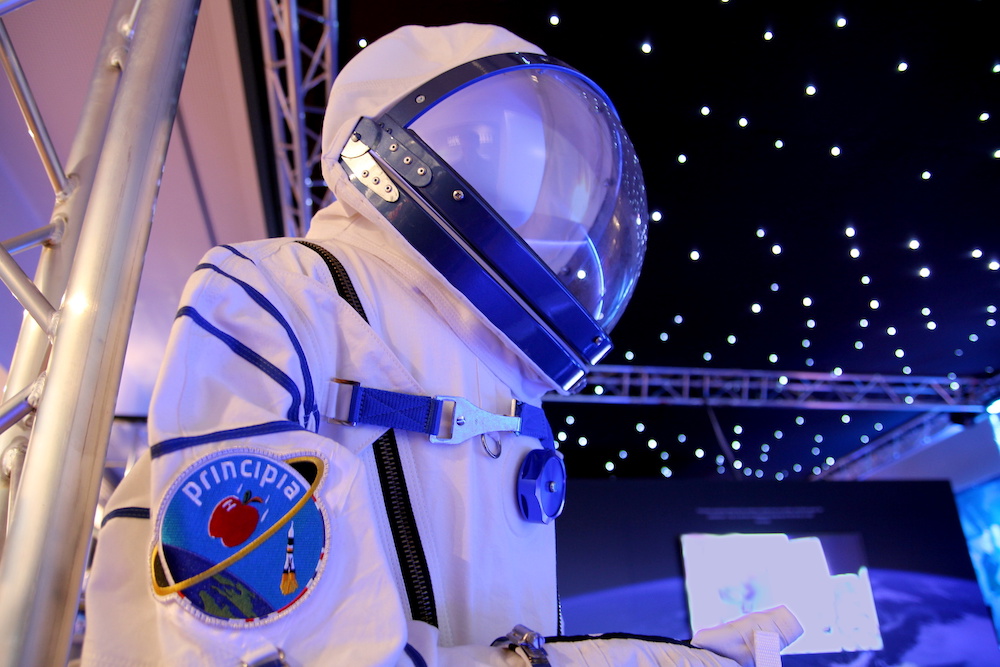 You don’t have to be an astronaut to work in space. The UK space sector is an exciting place to work. Careers include coders, environmentalists, engineers and designers. I’m sure many of the young people we hear from will one day make an impact on the world through their career in space.

Tim may have inspired the subjects you or your students chose to study or the career you embarked on, or maybe you took up stargazing as a hobby. However he inspired you, whether you’re a grown-up or a child, the UK Space Agency wants to hear from you by completing the Inspired by Tim survey or sending in a short video.

While onboard the Space Station in 2016, Tim hosted question and answer sessions with school students. These sessions saw children given their chance to put their questions to Tim from thousands of miles away, and have answers beamed back down to Earth.

Science Minister, Minister Solloway, Said: “From the moment we caught a glimpse of Tim Peake gliding through the hatch of the International Space Station, we knew we were witnessing an historic moment that would open up the possibilities for UK spaceflight and inspire a generation like never before.

“As we mark 5 years since Tim’s remarkable mission, I can’t wait to hear first-hand how it has motivated the UK’s most talented young people – from ambitious astronauts to aspiring engineers – to embark on their own careers in our thriving space industry.”

For more information on how to submit your response, visit the UK Space Agency website.

A mission of firsts: Tim Peake’s time in space

The UK is a founding member of the European Space Agency and invests around £40 million each year in international space exploration programmes, including human spaceflight activities and missions to send UK-built rovers to Mars.

In addition, earlier this week the UK Space Agency announced over £7 million of funding to put the UK at the forefront of space innovation. The National Space Innovation Programme (NSIP) is supporting 21 high-risk, high-reward projects that support companies and universities with radical ideas for how we tackle climate change through earth observation or address satellite communications challenges, from providing greater connectivity to remote places to increasing the efficiency of our homes.