While the introduction of this new way of working was initially introduced as a temporary response to the pandemic, it has evolved into so much more than that. For women it is nothing short of a professional game changer.

Women around the world have to jump through a number of hurdles throughout their professional careers. Taking on a larger proportion of domestic labourand child care, potential maternity discrimination and working through the menopause, to name a few.

All of these factors tend to have a knock on effect, particularly child-care which often results in women dropping down into part-time roles and missing out on progression opportunities.

With the flexible flexible working policy, this is no longer the case. Since eradicating the need for women to choose between their family life and their work, Love Energy has seen stark improvements for women across all pillars of the business and in employee wellbeing.

Since its introduction the company has seen a phenomenal 156% increase in female new starters.

While women already in the business have been able to manage their time more efficiently and have proved an unstoppable force. The release of post-policy implementation promotion records revealing that 80% of all senior promotions have gone to women!

Nicola Channon, 35-year-old mother of one, certainly falls into this category. Nicola has been with Love Energy Savings for four years, but received a promotion to Collections Manager last October. Nicola is a huge advocate for the flexible working policy and has a unique insight into its impact on women within the company, as she runs an entirely female team of four. 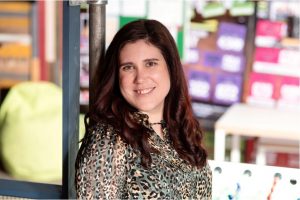 She says: “Since the start of the policy I’ve seen our department and the business go from strength to strength.
Three out of the five people in our team have children, so it’s been a game changer, as we can work around the school run and after we’ve put them to bed if we need. That’s definitely helped me progress my career. From what I’ve seen as well, if you give your staff that flexibility, they’ll actually work harder and bring in more revenue for the company.”

“It’s also increased that all important bond with my daughter. She’s 9, but before ‘flexible flexible’, I had never picked her up from the school gates. I really can’t praise the flexible working policy highly enough, because I just wouldn’t have had the opportunities I’ve had without it.”

Nikki O’Connor, 38-year-old HR Assistant at Love Energy, is also a mum and has similarly felt the benefits to her professional life, after joining the company just three months ago. 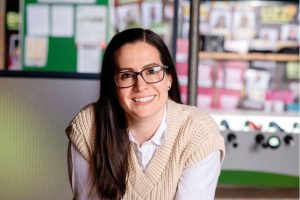 She said “I always felt that with the children I couldn’t have a career, as I had to work around them so always worked part-time. When I first had my eldest Logan who’s now 13, it was normal that all the men went out to work and the women looked after the children. Or you paid extortionate prices for after school care or nursery. At one point we were paying more for the nursery fees than what we were actually earning. It was just ridiculous.”

“Now though, we’ve just had half term and I didn’t have to take any annual leave, I could just work from home but still be with the kids. As a woman, I feel like I’m finally able to have a career, it doesn’t just have to be the men which is what it always used to be.”

This policy has also dramatically increased the pool of candidates that the company can choose from. Pre-pandemic, 79% of staff lived inside a 12 mile radius of the Bolton-based office.

Now more than two thirds of new starters live more than 12 miles away. Ibtesam Blotch, the Head of IT Development at Love Energy said she’s seen a massive surge of female applicants: 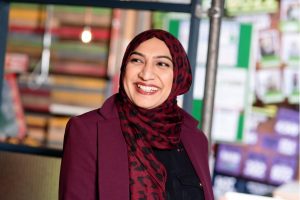 “I see a lot more womens CV’s now than I used to before, and it’s great that when I have some women grudgingly asking for shorter working hours because they have childcare or a disability, I can say don’t worry because we work completely flexible hours. I tell them that the policy means you can do amazing things you’d never have been able to do before. Last week for example, I was able to give a talk at my kids school on my role and being a woman in IT and got to speak about the brilliant company that we have and how they allow us to do things like that.”

Phil Foster, CEO of Love Energy Savings says: “Supporting women to work from home, or fit work around their lives has only led to business success. It’s common sense at it’s finest, and benefits our customers and suppliers who want help out of usual office hours and makes our staff happier. It’s a win-win and it’s here to stay.”