Flexible, remote working was the first change to working patterns ignited by the pandemic, but its impact continues on. As final restrictions are lifted, and the new way of work becomes normal, 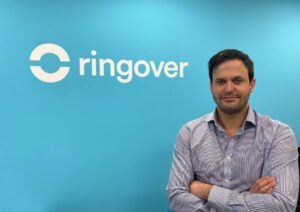 the Great Resignation has begun. With so many people resigning, what does it mean for businesses, and what can companies do to mitigate its impact? Here Doug Mulvihill, UK and Ireland marketing manager at business phone system provider Ringover, investigates.

The Great Resignation has swept the UK job market over the last year — in the final quarter of 2021, job-to-job moves reached a new record. According to data released in February 2022 from the Office for National Statistics, job vacancies also continued to increase, with nearly 1.3 million vacancies between November 2021 and January 2022. So the number of people resigning is outweighing the number of people switching to a new job.

The economic uncertainty brought about by the pandemic would lead us to think that UK businesses wouldn’t be struggling to fulfil job vacancies. However, it’s actually become the reality and it’s continuing to get worse. So, why in a time of unprecedented unpredictability are so many people resigning?

There’s several reasons behind the great en masse resignation. Firstly, there’s a group of people that were unhappy in their positions and were looking to resign when the pandemic hit, but held on to their jobs for economic security. As the job market recovers, the furlough scheme comes to an end and working practices returning to a new ‘normal’ across the UK, unhappy employees have regained the confidence to resign.

The second group is those that reflected upon their job satisfaction throughout the pandemic, re-evaluated their happiness and decided they needed a career change. With more free time, many people had the opportunity to develop a passion project that actually has potential as a full-time job. Realizing the importance of doing something enjoyable made many realise that their job no longer fit the bill.

The final set of resignations come from those impacted by changing working practices. The pandemic amplified the pace of work, with most people working longer days, having a poorer work-life balance and losing their designated office space, blurring the lines between work and home life. For many, this is resulted in burnout, and left a permanent mark on work. According to Microsoft’s Work Trend Index, at the height of the pandemic 54 per cent of employees felt overworked and 39 per cent felt exhausted.

Preventing the Great Resignation from leaving your business in hot water requires a two-pronged attack of retention and recruitment. It’s important to listen to the new demands of the workforce when it comes to the way in which we work. Since the end of compulsory working from home advice in January 2022, a survey by The Times has found that just nine per cent of people have returned to the office permanently, and 71 per cent now prefer to work from home.

Everyone has a different preference on how they’d like to work, so it’s important for companies to adopt a policy that’s flexible enough to keep everyone satisfied. If the policy is too rigid, and doesn’t align with an employee’s preferred working style, they may decide to leave.

Supporting flexible hours as well as flexible locations also helps to promote greater gender equality. According to the Trades Union Congress, 75 per cent of part-time positions are held by women. In the past, a lack of quality flexible work opportunities has forced mothers into part-time roles to strike the balance between career and childcare. But more flexible hours give women the opportunity to fit work around other commitments. Employees aren’t just expressing a preference for extreme flexible working, they’re demanding it. So, an ultra-flexible policy means businesses are more likely to have a satisfied workforce that doesn’t feel compelled to resign.

The other side of the resolution to the Great Resignation relates to recruitment. Whether a business chooses to manage its own recruitment process or hire an agency, the pressure is on recruiters to find talent to fill the empty roles — and do it quickly. However, if a company is offering a flexible position that is hybrid or even fully remote, they need a recruitment process that’s guided by the same principles.

It’s impossible to hire entirely in person for a partly or even wholly remote position, so recruiters need to rely on video conferencing software to emulate an in-person interview. Location is no longer a requirement for applying for a job, but it’s still important for recruiters to interview comprehensively and gain as much information from the candidate as possible to guide the hiring process.

For agencies dealing with hundreds of candidates and vacancies at one time for several different companies, recruiters need to be organised, with a simple process for keeping track of their work. Talking is a key part of a recruiter’s job, so a business phone system that works with and not against them is essential.

Ringover offers businesses an integrated phone system, packed with features to help recruiters through this busy time. With free international calls to over 110 destinations, the ability to call from any device connected to the internet to support working on-the-go and integration with other recruitment software like Bullhorn, recruiters can stay on top of their workload and fill vacancies quicker and more successfully.

The Great Resignation is showing no signs of slowing down, with more and more resignations being handed in across the UK each day. It’s impossible to stop people from resigning altogether, and it’s a key part of the job market, but businesses can mitigate its negative impact on their operations by ensuring that retention and recruitment — and the tech that enables it — is ready for the future of work.