The office for national Statistics is reporting that Young people and those on the lowest incomes who were furloughed are more likely to have felt the impact of the coronavirus.

Estimates of personal and economic well-being in Great Britain, from March 2020 to December 2020, showed people under 30 years and those with household incomes under £10,000 were around 40% and 60% respectively more likely to be furloughed than the general population.

Young people and those on the lowest incomes were as likely to be impacted in this second phase, during November, as they were in the first lockdown. There was a six-fold increase in those aged under 30 years reporting that they had been furloughed, from 2.1% for the four days to 1 November to 12.3% for the period 4 to 8 November. 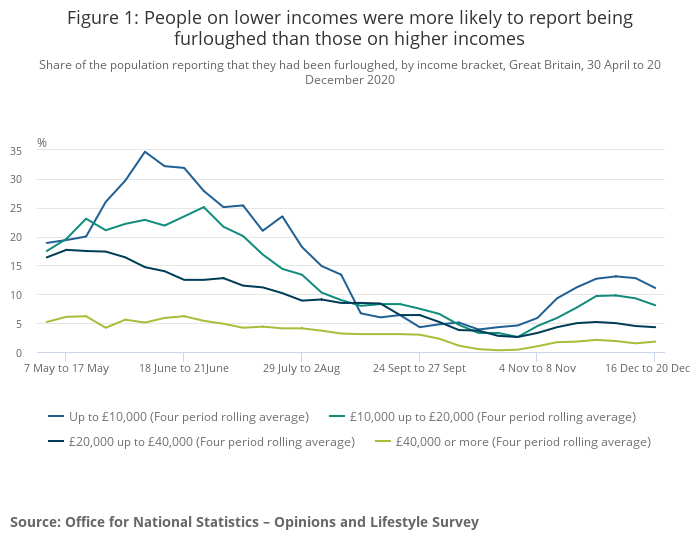