There has been a wave of entrepreneurialism’ as 726,000 new UK startups opened in Covid year.

The number of new businesses started in the UK increased by 14% in the last year despite the impact of the Covid-19 pandemic, outpacing the global average of a 6% increase in business start-ups, shows a new study by UHY, the international accountancy network (see table below).

Data from HMRC also shows that in March 2021 more new businesses were created than in any other month since records began in 1989.

UHY says furlough and people being forced out of work due to lockdown restrictions has led to ‘a wave of entrepreneurialism’ in the UK, with people starting up their own businesses as a source of extra income.

There has been a particular increase in online retail businesses. In the second quarter of 2020 – the peak of the first lockdown – an average of 4,613 new online retail businesses were set up in the UK each month. This figure was up 66% from the average per month in 2019 (2,783). In January of 2021, online spending as a proportion of overall UK retail spending also hit a record high of 36.3% – almost double pre-pandemic levels.

UHY says there is a growing confidence in the UK’s economic recovery following the easing of social distancing measures. However, the Government must ensure it continues to support new businesses to develop as the UK emerges from the pandemic.

Martin Jones, Partner at UHY Hacker Young, UHY’s member firm in the UK, comments: “Entrepreneurs in the UK have really used the pandemic and lockdowns as a springboard to start businesses. It’s exciting to see British people find the positive in the last 18 months. The entrepreneurial spirit in the UK is undimmed.”

“We now look back on the last Global Financial Crisis  as a period where many of the UK’s leading fintech businesses were started. In a decade it’s likely we will see the pandemic period as a similarly crucial period for entrepreneurialism.”

Nine countries of 22 in the study saw significant increases in new business creation in 2020 compared to 2019, including major economies such as the United Kingdom, France, Brazil and India. The largest percentage increase was seen in the Philippines, where new business creation grew 152% in just a year. 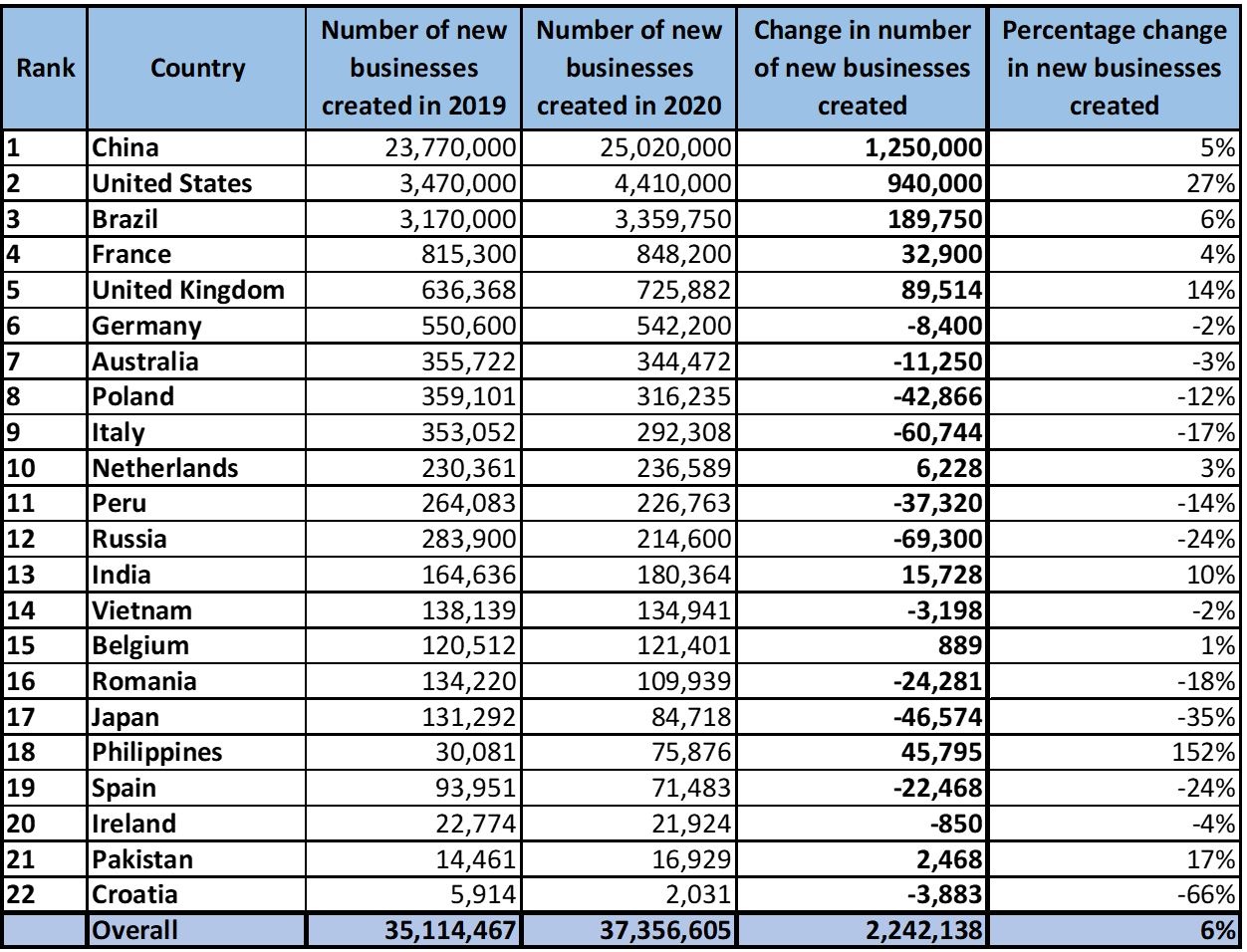 Established in 1986 and based in London, UK, UHY is a leading network of independent audit, accounting, tax and consulting firms with offices in nearly 330 major business centres across 100 countries.