The news that the UK was to launch a four-day working week pilot recently shook the country and wider business circles. The trial will see 30 companies move to a 32-hour week for six months, while employees receive the same pay and benefits. This follows a similar move from Iceland, which undertook the world’s largest ever four-day week trial between 2015 and 2019, which found that productivity remained the same or improved in the majority of workplaces. But whether the UK trial will emulate such success is yet to be seen. 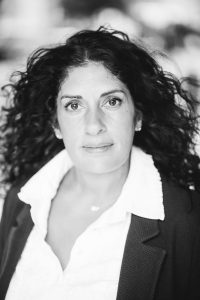 However, while the idea of an extended weekend sounds tempting, how viable is this in practice, especially for a small or medium-sized business (SME)?

Perhaps the most pressing priority when considering a shift to this increasingly popular business model is whether you will adopt a rotation system or shift to a set four days, with everyone out of the office at the same time. Author Alex Soojung-Kim Pang has argued that if businesses renewed their focus on productivity, everyone could achieve what they need to within four days. Drawing on their latest book, Shorter: Work Better, Smarter, and Less—Here’s How, Pang also suggested that employees waste a significant amount of time in unnecessary meetings.

But such an approach could have an impact on collaboration and company culture. Would businesses have to cut the informal catch-ups that often boost wellbeing and morale to make way for this strict, focused approach? A business must have both – an extra day of a weekend is a fantastic perk, but not if it comes attached to an intense week, driven by authoritarian guidelines.

Leaders will also need to carefully consider whether removing a working day will just tip commitments into the remaining four, creating much longer days. This is a particularly pressing risk for smaller firms, who often must strike a fine balance between work done and employees on staff. The success of these new working models is entirely dependent on the management teams in charge and their ability to control workflow without comprising on business output or employee wellbeing.

It is also vital that reduced days do not create a divide or feelings of resentment among teams. Would you grow resentful of a colleague who had been allocated a Friday off work, if you had been allocated a Wednesday off for example? This risk could be overcome with a set day off for all, or a rotation system, but these are not without risk either.

It is also important to consider whether everyone will want a four-day week. The media speculation suggests that such a model is widely supported, but not everyone will be keen. Some may find the prospect of cramming five days’ work into four daunting. Introducing seismic changes such as this without consulting your team is often the cause of a mass exodus, so it’s important to assess demand before making changes.

Try before you buy

Leading on from this, a trial implementation can be a great ‘try before you buy’ opportunity to see whether such a model works in practice. Not only can this help prevent problems further down the road, but it can also help employees see such a way of working in practice, and provide them the opportunity to share their thoughts, adding to an important sense of being hear and valued.

Larger companies have the luxury to pilot a new model in certain teams or even branches, smaller firms cannot and would therefore have to assess the risk before even considering a trial. For example, one of our clients, The7stars, introduced a fantastic test with a team of around 30 people, allowing them the option to choose a day off every fortnight. To ensure activity did not become unmanageable in light of the shift, the team ensured that 90% of staff were in every day during the second week.

It is clear then that a four-day week can pose a bigger risk to a smaller firm, as they have leaner teams and resources to pick up any sudden uptick in activity. In spite of this, if businesses find they are unable to support a shorter working week, there are a myriad of other perks that they can offer to their teams to usher in a new era of flexibility. Giving employees the option to choose start and finish times, and unlimited holidays are two such perks that can give employees the flexibility they may be craving.  However, regardless of how, decisions made to your business and its way of work should be driven from the inside rather than external news sources to maximise success. 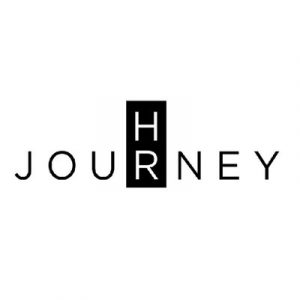