All businesses, whatever the sector and whatever the size will, at one time or another, either be asked to sign contracts with post termination restrictions or will be wanting to rely on such restrictions to protect its own business.

Whether or not the Court will enforce such terms is a question of reasonableness. Liam Tolen Senior Associate in the Dispute Resolution Team at Ashfords LLP provides some insights for SMEToday. 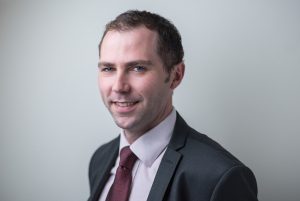 For example, it would be great (albeit unreasonable) if you could protect your client base against competition indefinitely. This is especially true when you are protecting against competition from those who might get to know your clients via a relationship with your business. Examples might include the consultant you engage to deliver services as part of a particular project. The consultant will be working directly with your clients, perhaps with even more day to day contact than you would have. As such the consultant could be in a prime position to cut you out of the picture altogether by, at some point in the relationship, offering their services direct to your client.

It’s therefore not unreasonable to put something in place to stop that happening during the life of the consultancy agreement, and for some fixed time afterwards to operate during the period when the consultant may still be able to capitalise on the relationships built up whilst engaged by your business.

If the Court is asked to intervene in such a scenario it will ask itself, before making any Order to enforce the terms of restrictions, whether or not they are reasonable. The starting point is, the Court prefers freedom to trade over restraining trade. The Court will very likely look at the question of reasonableness in far greater detail than the contracting parties ever did when entering into the agreement, by examining the minutiae of the wording and other factors relating to the business and the sector in which the parties operate.

As such, if you want to ensure that the restrictions you are including in your commercial contracts will stand up to that scrutiny, you at least need to know how the Court is likely to approach the question of whether or not the restrictions are reasonable.

The litmus test can be boiled down to does the restriction do no more than is reasonably necessary to protect a legitimate business interest? Almost always restrictions will be time limited and often subject to geographical boundaries.

Taking the example of a share purchase agreement, a buyer cannot simply stipulate that the vendor can never again be engaged in the same industry. In all cases that is unlikely to be enforceable. It goes further than is reasonably necessary. After a certain period, the vendor would have long since lost any advantage they may have otherwise had so the Court is unlikely to enforce, even though it was an agreed term. The danger is of course that the Court will not substitute its own reasonable duration if the parties get it wrong. That will mean that a restriction which tries to restrict a party too widely will simply be unenforceable in practice.

Whilst the Court’s generally allow for greater latitude in commercial contracts (as opposed to when restrictions are imposed on employees) there are no hard and fast rules. In one case, one year might be the top end of reasonable, but in another it may be that a five year restriction is reasonable.

In relation to reasonable necessity, one leading judgment made clear that:

“…it is only if the Court finds that a “much less far-reaching” covenant would have afforded adequate protection is it likely to regard the existing restriction as unreasonable. The exercise is not a marginal one, otherwise Courts would be faced with a paralysing debate in every case about whether a covenant with x days shaved off would still provide adequate protection.”

What is reasonable is not an easy question to answer. Thought should be given at the drafting stage as to what factors you would rely on to justify the reasonableness of your restrictions and the restrictions should then be tailored accordingly. It may be helpful to acknowledge some of these factors within the contract itself. Examples of relevant factors might include the nature of the products being sold by the business, for example if they have a lifecycle – if customers are likely to replace those products every three years, that may be a factor which supports a restriction from competing which lasts for three years.

If a restriction fails, it is often because it cannot stand up to the Court’s careful scrutiny which usually occurs several years after the parties entered into the arrangements and in the context of a bitterly fought dispute. Those disputes can be avoided altogether  if the person subject to the restrictions firmly believes when entering into those restrictions that they are reasonable and will be enforced by the Court.