This power “will provide a means for specific and temporary changes to be made to corporate insolvency and governance legislation should the urgent need arise to do so, which will allow quick reactions to any unforeseen challenges arising as a result of the pandemic’s impact on business.” It is yet to be seen what (if any) changes the Government might seek to make, whether ahead of that deadline or after it has expired, but it might be expected that those relaxations and modifications will be extended.

At the moment, companies can take advantage of the furlough scheme, loans and grants and business rates relief, as well as the restriction on the grounds for winding up and the suspension of the wrongful trading provisions. Those will come to an end. And if directors believe that their company might be in trouble once that support is taken away but that there might be a genuine prospect of survival, they need to act sooner rather than later in any attempt to restructure and avoid formal insolvency.

At the same time, there are more formal, director-led arrangements which have the potential to provide much assistance:

Trying to rescue a company in financial distress is a turbulent experience. Directors should seek and act on professional advice at the earliest moment and throughout, giving their advisers full and frank instructions and recording the advice given and action taken. There might come a point when that advice is to place the company into a formal insolvency process (most likely administration or liquidation). At that point, the directors owe it to creditors and to themselves to do that without delay. 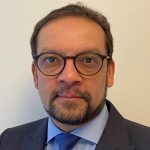