The emergency funding package, named the Youth Covid-19 Support Fund, was yesterday,  November 25, announced by the Government. It  will be open to grassroots youth clubs, uniformed youth groups, and national youth and umbrella organisations and will help to mitigate the impact of lost income during the winter period due to the coronavirus pandemic and ensure services providing vital support can remain open. 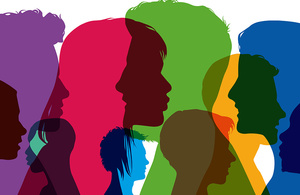 The funding will be allocated from the Government’s unprecedented £750 million package of support which is benefiting tens of thousands of frontline charities, so they can continue their vital work. More than £60 million of this package has already been provided to organisations working with vulnerable children and young people.

This is on top of a number of other schemes benefitting young people announced in recent months, including:

The youth sector has also had access to hundreds of millions of pounds of support this year through the Coronavirus Job Retention Scheme and other cross economy support schemes.

Wider funding for young people will be confirmed in the Government’s Spending Review.

Further details on the Youth Covid-19 Support Fund, including eligibility and how to apply, will be announced in due course.