Leeds, Edinburgh and Birmingham have been named the best UK cities outside London to start a new business, according to a new study based on government and business data. 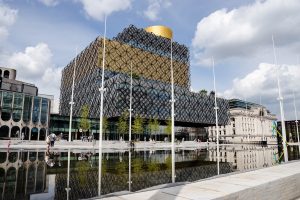 The research, compiled by personal finance experts at independent price comparison site NerdWallet, follows a record growth in start ups. There were more new businesses created between April and June than in any other second quarter on record¹. It comes as workers increasingly leave London for other UK cities thanks to the rise in remote working². Major employers, such as the BBC, Channel 4 and the UK Civil Service, have also recently committed to moving key operations to cities outside the UK capital³.

Scoring the UK’s largest cities (outside London) on how friendly they are for start ups, NerdWallet’s researchers analysed the latest data from government and business sources, including from the Office for National Statistics 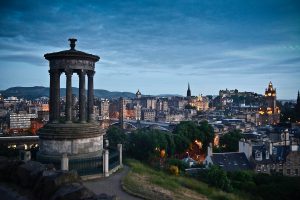 (ONS). Leeds came in first place in the study, closely followed by Edinburgh in second place, Birmingham in third, Glasgow in fourth and Manchester in fifth. Leeds has climbed three places to the number one spot since the study was last completed in 2019, with Edinburgh having climbed four places and Birmingham dropping three places. Manchester entered the top 10 for the first time.

The researchers for the study looked at key datasets on each city’s business survival rates, the size of its active business population, average rental costs in each city, population sizes, average monthly pay in each area and the levels of education among the local workforce.

Highlighting the economic potential of cities outside the UK capital, the new research also follows the recent Westminster Cabinet reshuffle and renewed UK government messaging on ‘levelling up’ to spread prosperity across the country.

Nic Redfern, Finance Director at NerdWallet, comments: “It is fantastic to see so many in Britain starting their own business despite the challenges posed by supply chains and Covid-19. As we build back from the pandemic it is essential that we do more to support new start ups in key UK cities outside London to help unlock more of their economic potential – and our study shows that Leeds, Edinburgh and Birmingham are among the most hospitable for new entrepreneurs. However, there is still much work for Ministers to do to support regional businesses, with a YouGov poll revealing that half of people in England doubt that the government’s ‘levelling up’ strategy will result in more money for their area⁴.”