Payments provider Mollie analysed a list of 60 locations and ranked them on a number of factors to determine where shoppers are most likely to splurge online vs in-store, and vice versa. 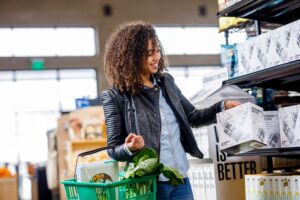 The research shows that those living in Plymouth have the biggest loyalty to the high street, with fewer business closures than all but Sunderland, meaning more options for shoppers. In Plymouth, there were 27.85 business closures per 10,000 population, compared to 25.75 in Sunderland.

Each location was given a rank based on the following: number of business closures, high street strength, offline spending, postage and courier complaints, broadband speed and average salary, before being given an overall position.

Barnsley and Sunderland are in second and third position respectively, with Barnsley having one of the most popular high streets, according to the Centre For Cities’ High Street Strength Index.

At the other end of the scale, Reading has been declared as the UK’s online shopping hotspot. Home to some of the fastest broadband speeds across the country and third highest average salary (£36,500), Reading ranks in the top 10 for five out of the six factors.

The top ten cities preferring an in-store experience are as follows: 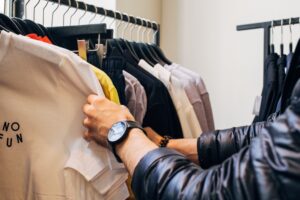 Industry statistics from Springboard show that UK footfall strengthened only slightly in February to -20.7% below the same month in pre-pandemic 2019. Breaking it down into shopping areas, footfall declined from 2019 by -26.2% in high streets, -24.1% in shopping centres and -5.3% in retail parks.

Diane Wehrle, director at Springboard, says: “February appeared to represent a sweet spot in terms of returning footfall, with consumers’ riding high on the back of the removal of Covid restrictions. However, the concern for retailers over the coming months must be the likely impact

on spending of rising household energy prices and fuel costs”.